Preserving the Past, Embracing the Future

The Legacy of Ranching: Preserving the Past, Embracing the Future

[College Station] - This project began as a joint effort between the George Bush Presidential Library and Museum and the Department of Animal Science at Texas A&M University to develop a new exhibit for the museum:

The idea was to celebrate the rich ranching history of Texas - the people, their leadership, and the value of farming and ranching to the State of Texas. We wanted to tell this important story of agriculture and describe pivotal advances in the livestock and ranching industries; topics important for the future of agriculture, food safety, and rural livelihoods; and the impacts of research advances on agricultural success.

With generous sponsorship from Capital Farm Credit, the Presidential Title Sponsor, along with the Houston Livestock Show and Rodeo education committee, H-E-B, Texas A&M AgriLife Extension Service and Texas A&M College of Agriculture and AgriLife Research, this exhibit was developed and is open at the Bush Library and Museum March 6, 2017 - January 7, 2018.

Penny Riggs and Russell Cross visited several ranches around the State to collect video interviews. The connection to the Bush Presidential Library and Museum began with Anne and Tobin Armstrong, so our tour began at King Ranch and the Armstrong Ranch.

We hope these initial videos are just the beginning of the story. Over time, we will continue to add videos in more complete form. Video was initially produced by Greg Phelps (Frame by Frame) with John Franklin.  Many thanks to Karl Rehn for video processing.

Many thanks to all those who were interviewed for their time, graciousness, hospitality, and for sharing their wonderful, personal stories. 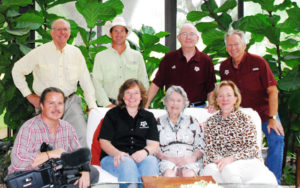 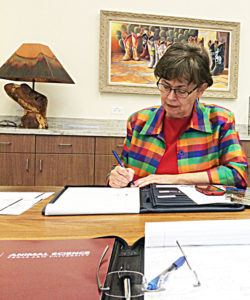 Tell us your ranch story

Texas ranch families helped build Texas to be the great state it is today.  We've highlighted just a few ranches.  Tell us your story.

What is your ranch story?
Categories